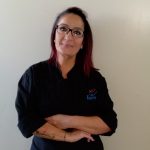 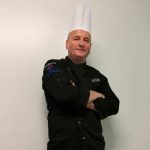 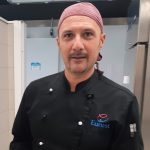 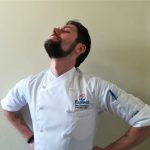 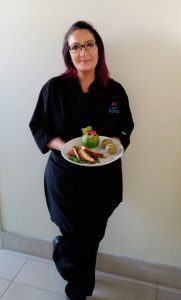 The first woman who chose to take part in this project. Encloses the North and the South, you feel the warmth of a mother and the joy of a woman who never gives up.

A clear and direct personality, Antonella presents three ideas in the form of tapas. 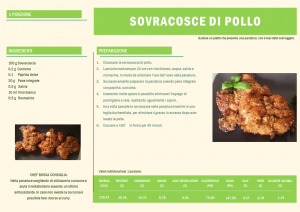 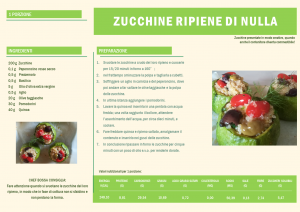 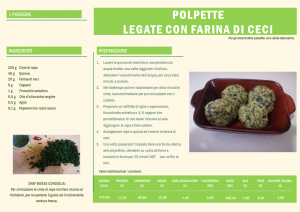 D. Hello Antonella, how is the idea of ​​the Tapas di Secondi born?

R. The recipes that represent Italy have fantastic dishes and ingredients. I thought it would be interesting to revisit the recipes that we put on the table every day, proposing tasty variations with greater attention to health.

R. In reality, these are three types of simple recipes to cook. They are fast, healthy and also have a plus, because being very colorful it is easy for children to be able to eat them. We know that vegetables are the most complex element for children to eat.

D. If you redid the same dishes to serve during the service in the company restaurant, what would it change?

R. In this type of recipe the only obstacle, when thinking about the declination for a few employees, can be the economic aspect for the cost of the ingredients in massive quantities. However, since they are simple ingredients, they could easily be replaced with similar ingredients.

An important aspect, when one thinks of a company restaurant, is the timing of preparation of the dishes: using the cereals in place of the meat, the same times are maintained.

D. What approaches have you used?

R. Exchange of Ingredients for the “stuffed zucchini” and for the “meatballs with turnip tops”, in both quinoa it replaces the animal proteins. The Food Flips Approach is always present in the dishes due to the presence of vegetables compared to other elements. We also have the Stealth Approach with regard to the recipe of “Chicken Sovracosce” in which in the breading I tried to eliminate the use of parmesan and salt in favor of spices (paprika and turmeric) and in place of the egg I resorted to a marinade in white wine, water, sage and rosemary.

D. An advice on presentation and preparation?

R. I think it is right to not overdo the ingredients. You can think of a single serving per person or, to diversify, you can use cocotte for each recipe proposed. It is a dish that can be declined in all senses.

D. Do you have an ingredient that represents you in the kitchen?

R. I have Neapolitan origins, even though I grew up in Turin; in the kitchen I try to convey the taste and warmth of the south. The ingredient that represents me is the Neapolitan ragout because of the care with which it is made, the scent of ragout reminds me when I was small and at home was going for hours to turn it, in order to get a perfect cooking. When I’m at work I try to transfer everything in food. I can do it especially in the proposals of the former. (sighs for a moment) and in the pizza.

D. Do you remember any episodes that formed you in the kitchen?

R. A few years ago I was Head Chef in another company restaurant, today I do not know anymore. This change at first disturbed me and instead starting this experience represented a way to get back into play. I was awakened by the torpor that had blocked my imagination and curiosity. The head of the restaurant in which I work today has infected me with its youthful freshness and enthusiasm. Not only today I am lucky enough to do a job that fascinates me with serenity, but thanks to this path I have also had the opportunity to express myself and feel valued as a woman. In the kitchen, the female gender represents a minority at the numerical level, but it does not mean that it is qualitative.

The most bizarre combination you’ve ever seen in the kitchen?

R. At the base of any job must be the desire and the pleasure to do. In our environment so many times we would want to do much more, but we do not have the opportunity because other priorities come up. It’s the reason why we must be proud of what we do. The main reward is the gratification of the guests, so they must know and understand the tastes and needs of those in front of them.

D. Antonella, says in front of the mirror.

R. My work makes me feel part of something. When I come back home I want to come back knowing I did my best and have been able to express myself. I have good people next to me that make me proud. In the mirror I look at myself and say: “Complaining is too simple, giving the maximum is more tiring but then it makes you feel good”.

R. Thanks to you. 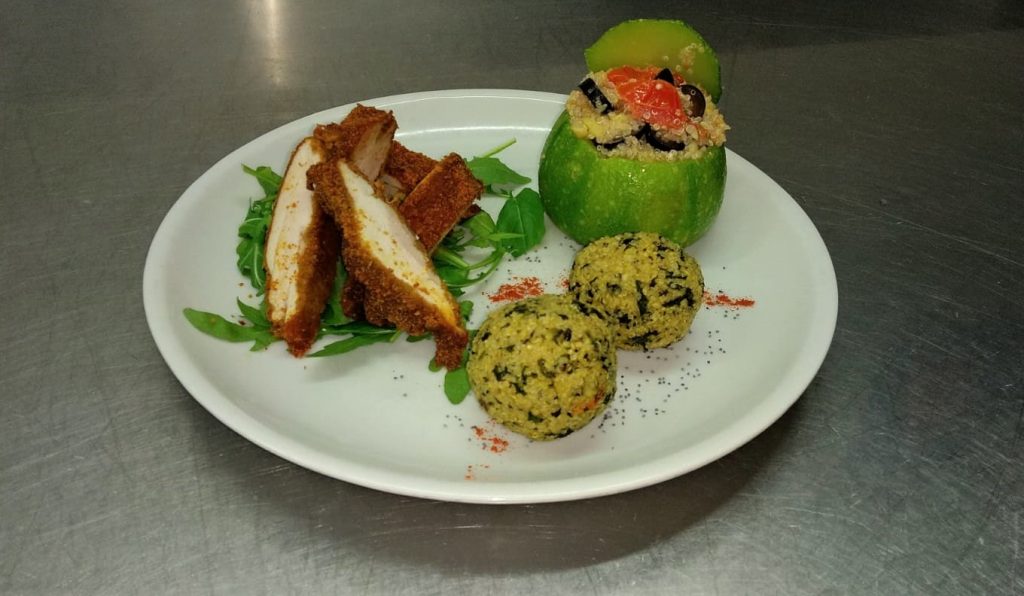